"For myself I am an optimist-it does not seem to be much use being anything else."

Rebecca
I am an artist with a passion for Botanical Art and Book Illustration. This blog is a place to share my artwork, the creative process, life, travel and all that inspires me. 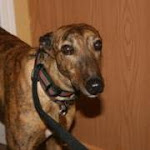 Tea with the ladies 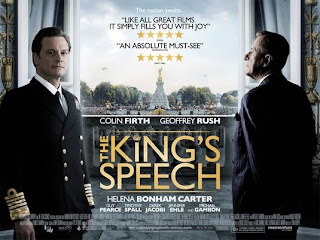 This Sunday I finally had the opportunity to see The King’s Speech. First of all I absolutely adore Colin Firth in nearly every film he graces but this particular movie left me speechless, pardon the pun. Firth’s amazing portrayal of King George VI, father of Queen Elizabeth and husband of the Queen Mother, is simply mesmerizing. His Golden Globe win is certainly well deserved. I truly hope that Firth takes home the Oscar for Best Actor this year. To say he is well deserving of such accolades would be a vast understatement.

From the opening scene where the terrified Prince Albert, Duke of York, is standing before a crowd at the closing of the Empire Exhibition in 1925, Colin Firth casts his spell and the movie audience instantly feels sympathy for this courageous stammering man who would soon be King. From that moment on, you know that you are about to form an intimate relationship with this character.

Geoffrey Rush portrays Lionel Logue, “Bertie’s” (the family nickname for Albert) Australian speech coach. He delivers an amazing performance and never disappoints with his ability to make you truly believe that he is in fact the person he portrays. Interestingly, I read that some of the most memorable lines in the movie were actually taken from Lionel Logue’s personal notes on the methods he used in his therapy sessions. These notes were discovered 9 weeks before filming began. Therefore, to maintain accuracy, the script was reworked to reflect what was in the notes.

Oh, and I mustn’t fail to mention the spectacular hats in this film. Helena Bonham Carter certainly wears them well. And yes, there are a few Tea scenes to enjoy, along with some featuring those adorable Corgi’s.

I must say that this film is about much more than a “Royal” over-coming a speech disability, it is about believing in yourself and the ability to rise above pre-conceived low expectations to achieve greatness. It is about trusting and discovering the importance of having at least one person in your life that helps you discover the true power of greatness within you. I think the King was indeed fortunate that he had two such people in his life, his devoted wife, Elizabeth, and his unconventional friend and therapist, Lionel.